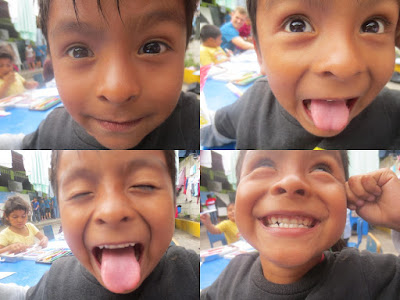 Twenty five days after the eruption of the volcano and the situation is still unreal. Hundreds of people are still in the shelters in Alotenango in the public elementary school buildings, so no classes for the kids in the shelters nor for the ones who normally attend this school. The government is working on plans to provide more permanent shelters, but that may take a while.
In the mean time, official recovery efforts have stalled, but inhabitants of the affected villages continue to search for the remains of their loved ones, with the sparse tools that are available to them. The big machinery is occupied to clean up the highway to Escuintla, a road that according to many experts shouldn’t be repaired at all (see my previous post).
Busses still don’t go al the way in to Alotenango. The central park remains in the same state with a space on stage for wakes. The yellow Scientology tents are still up and a sign notifies people can sign up for help. World Central Kitchen has moved out of the tent and into a building on one side of the park. 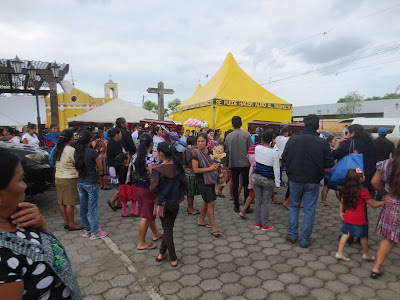 Upon arrival a funeral procession was just leaving the park. One small coffin covered in white satin followed by three adult ones. No funeral band and but a small amount of mourners following the caskets. A strong contrast against the thousands of people who buried the first victims of the eruption. It’s all very unsettling.

By know we know the drill and Abi and I went straight to the municipality for our required piece of paper and nametags that would get us into the shelter. Previously our confirmed and reconfirmed appointments had turned out to be non existent, but this time we were actually double booked. From 11am-12m in Shelter II and from 11.30 to 12.30pm in the first and bigger shelter. Not helpful. We decided to stick to the second, smaller shelter where we have been twice already and were we know the kids. 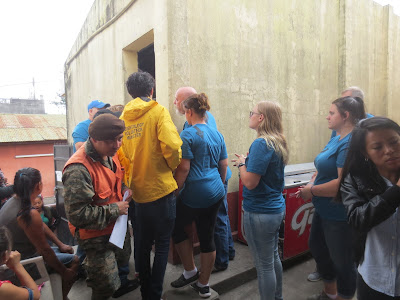 We had to wait in line to sign up. Twenty visitors of Scientology were ahead of us. Once everyone was signed in (they now have three lists, for collaborators, visitors and, in our case, “activities”, by far the shortest list.) The sign-up was in the same room as last week, now with noticeably less donations stocked up. Then we had to pass on to yet another table where we received a tag after handing over our ID. We had to sign and then hand over an agreement with rules for visitation. The three page leaflet had some good information and guidelines, but I doubt many people actually read what they sign. I asked for a copy and did get one. 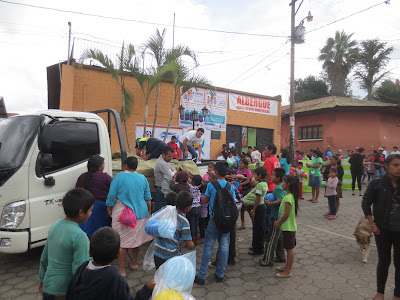 On our way to the shelter a truck full of donations was being unloaded and the stuff brought into the main shelter. A bus from some church was parked in front of the second shelter, surrounded by people. Waiting for donations maybe? I have no idea. But we did get in immediately, waving our piece of paper and name-tags. 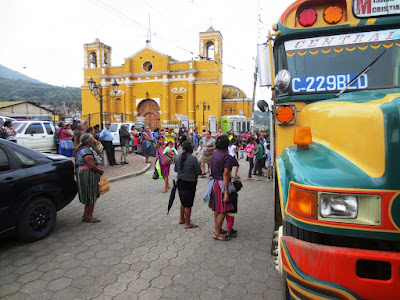 Throughout this whole process I was really doubting of being here was a good idea at all. Help is needed, it’s great to see people get together, but this whole circus is definitely leaving a nasty taste in my mouth. But when we entered the shelter, the kids recognized us and ran to us to help set up our work station. By now I know some of their names and they know ours. A relationship has been established and I think that’s a valuable thing. 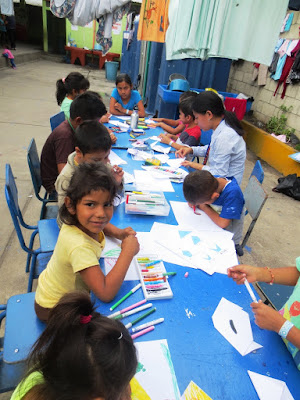 Several people from Save the Children in bright red vests were around, cleaning up after apparently having played games with the kids, all filmed with professional video equipment. A fancy camera was still standing in the centre, so we set up our table on the very edge of the patio. Within a few minutes are tables were filled with kids and I started to explain the activity of the day, making origami animals and then colouring them to their liking. In the middle of my explanation I was asked by the videographer of Save the Children if I could shut up for just one minute, because they were filming an interview with their representative. I was so baffled that I actually did shut up, but when after four minutes they were still filming, which they could have done anywhere else, I continued my work with the kids. 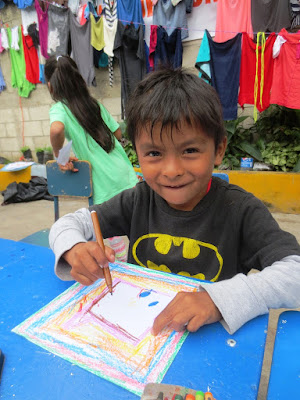 The kids had a lot of fun and my doubts were gone about whether this was worth it or not. I let them take pictures with my camera and the results were hilarious. Then they asked me to read stories on the storytelling sheet (their words), so we did. While Abi continued drawing with some of the older kids, the younger ones listened to stories and were very vocal about which ones they wanted to hear (again).
While I read the poop story for the umpteenth time, the Scientology visitors came in. Several of them immediately set down at “our” tables and started drawing so in the end we had more adults than kids at the table. Afterward they talked to the kids (“hola”) and then they left. They looked very happy. 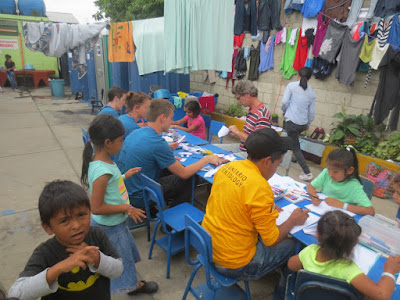 We rounded up our activity at noon and promised the kids to be back next week. We made sure we reconfirmed our time slot for next week (a good thing, we again had disappeared from the list). Then off to the bus, heading home. Back next week. In the meantime, we’ll do some more need assessment for art activities in Escuintla this weekend. 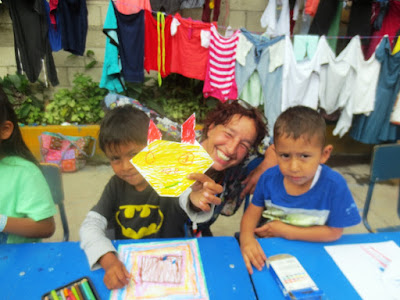 Thanks for all who donated towards art supplies, we need it! Today we had, quite strange actually, some more collateral damage and were short a box of oil pastels and a pack of coloured pencils. I hope they will be used well, although I doubt it, because unsupervised art activities tend to get rather messy, as we observed here too. Anyway, thank you all for your interest and support! If you wan to help, you can donate through PayPal (carinsteen at yahoo.com) or my Dutch bank account NL95 ABNA 02540313 74. 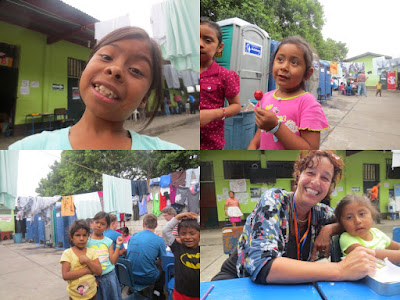