A Month After the Eruption in Alotenango 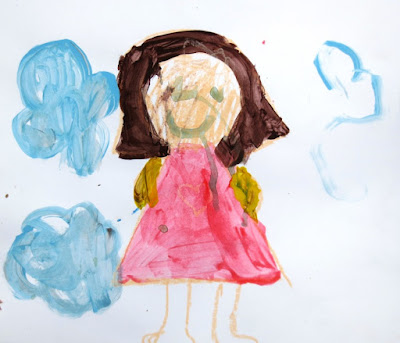 It’s been over a month now since the eruption of the volcano and things are turning back to “normal” in the town of Alotenango. Although cars and busses are still not allowed into the centre and the shelters are still open, there’s a lot less going on in the Central Park. The three yellow Scientology tents have been abandoned and while the main tent over the centre stage is still up, the chairs, banners and flowers on stage are all gone.

What’s going to happen now is still very confusing. The government is building transition shelters near Escuintla so the people who are in the current shelters (many of them public schools) can move there soon. Last week we were told it would take another two weeks. Today we heard it will take at least another month.
In the mean time UNICEF has launched a campaign, in collaboration with the Ministry of Education and other organizations, to start classes for the children who have now missed already more than a month of school on July 9th. UNICEF has donated 20 tents (for 61 shelters) to be used as temporary schools. But what happens to the children who are now living in schools where there is no space for those tents and classrooms have been converted in dorms? And the students who normally attend those schools? In the case of Alotenango there are a few hundred kids taking shelter in schools and a couple of thousand children from the town itself, none of which have received classes since June 4th. 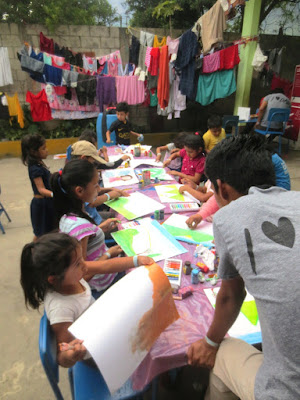 That makes a total of 4800 people, not counting all small villages and hamlets that have been devastated. Anyway, the number is much higher than the 3600 people now in shelters, although there are of course also people who are not staying in shelters.
The problem is that the government bases its counts on a census done in 2001, if I recall the year correctly, and it is safe to assume that those communities have grown substantially over the last 17 years. Also, there appear to have been three parties going on in one of the communities, which could make the number even higher. And if entire families have perished, entire communities have disappeared, who is left to report he missing? 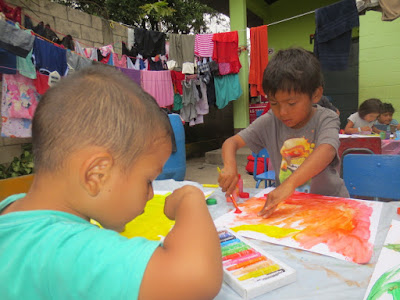 In the meantime the search for bodies has officially stopped. Many people from the affected area as well as volunteers continue to look for loved ones, armed with shovels and picks, even though the police try to stop them from entering Zone 0. But people are desperate to bury their death, to know for sure what happened to those left behind. With or without help from the government, the recovery still goes on.

As does life in the shelter.
This time there was no line to enter the shelter and within a few minutes we had our permission and name tags. No need to sign an agreement this time, we didn’t even have to show or leave our ID. But once I entered the shelter with Abi and Otto, the administrative assistant and a student of the Carpentry Project, we were stopped and told quite rudely by yet another coordinator that we couldn’t do our workshop, despite our appointment and permission. Because “The Government” was coming by to talk to the people, so no other activities were allowed. But thanks to Abi’s magic and her many contacts and my argument that “The Government” could talk to the kids while they were painting, we were finally allowed in. 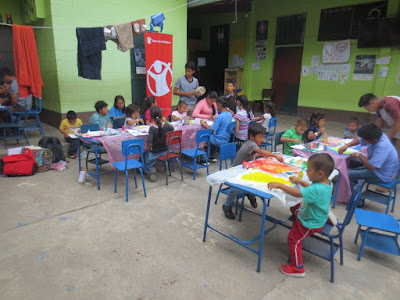 A church group was wrapping up some activities for the kids. They were well prepared with many games and gifts (books, notebooks and pencils) and a translator. They were also kind enough to help us set up. Quite a difference with the church group from last week that immediately took over the tables and started drawing themselves so that we ended up with more grown-ups at the table than kids. 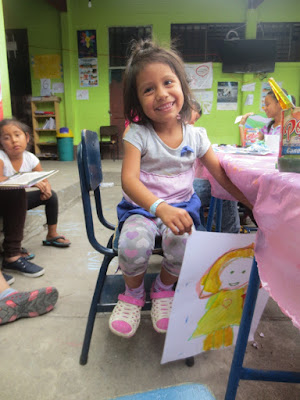 The kids were happy to see us again and enjoyed the activity. They made beautiful drawings with oil pastels that they later painted over with temperas. Of course I had to read stories, a few new ones and the old favourite ones. Then it was time for lunch and for us to leave. We will be back next week. And no, we didn’t see “The Government”. 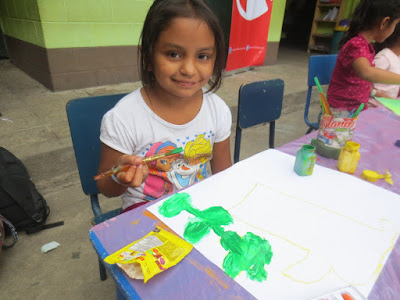 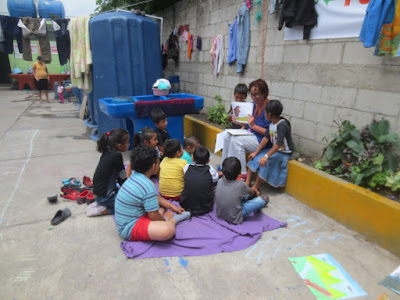 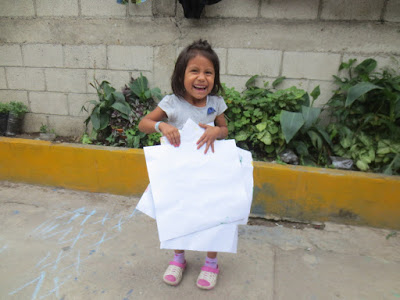 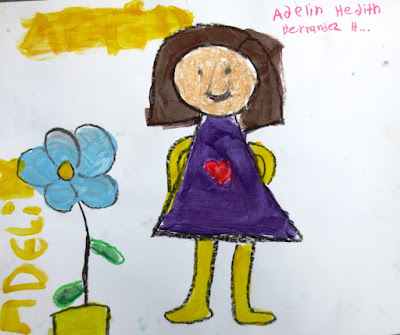