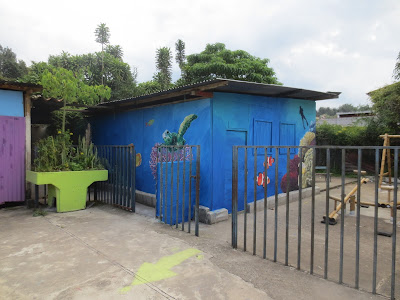 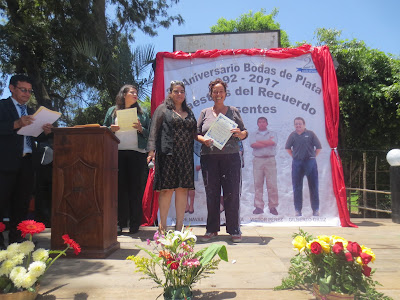 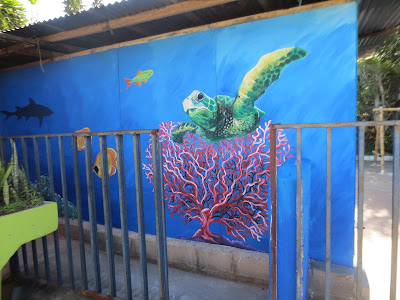 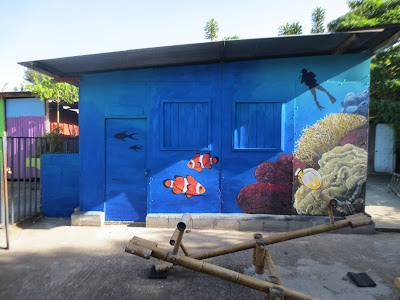 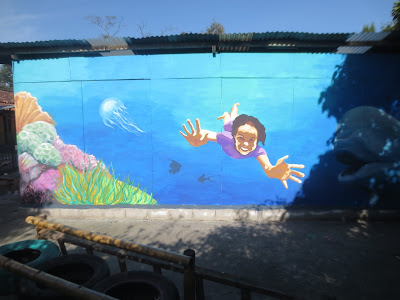 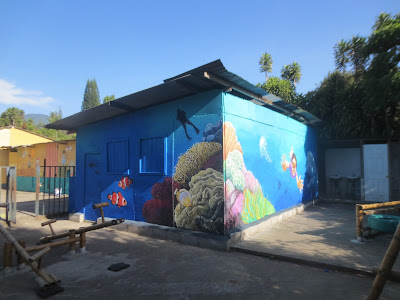 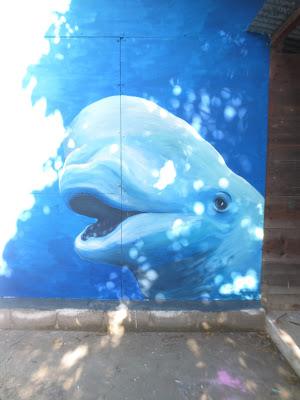 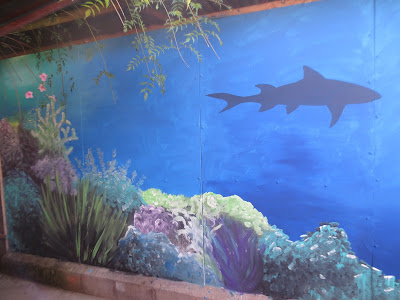 
May the rain gods grant us a dry spell!

Every afternoon around 2pm the skies start rumbling and we can expect, well, basically anything. Sometimes the rain comes down so heavily, it looks like a solid water downpour. Other days the threatening thundering just results in a few drops that send everybody running for cover –and then: nothing…
I’m so glad that the mega mural in project in Chimachoy was done last year, during an unusual dry season. This year it wouldn’t have been possible.

But walls are waiting to be transformed and my fingers are itching!!! A brand new project came upon my way that I’d love to do, but it has to be soon…

The walls in question form the kindergarten in a public school in the village I live, on the outskirts of San Bartolo (officially called San Bartolomé Becerra), along the road to Ciudad Vieja, for those who know the area. The school caters to 175 students in the morning (kindergarten through grade 6) and a similar amount in the afternoon. The school is in reasonable good shape, except for the kindergarten… The walls are made of plaster panels with peeling paint in a colour that was once blue. When I showed the director some samples of my murals, she fell in love with an ocean scene I did a while back and said she’d love something like that. At first I thought it a bit of an odd theme, an ocean scene in the middle of San Bartolo, but then I figured it is actually quite nice. Few of the school’s students will ever see the ocean, let alone get to scuba dive, so instead of bringing the kids to the ocean, why not bringing the ocean to the kids??? And, unfortunately, the whole village of San Bartolo is littered with plastic bags. And plastic bags are also a major threat to marine fauna, so an ocean scene would be a could excuse to talk to the kids about the whole waste problem in our community…

So the first draft of the design is made, painting will be easy because I can paint in between showers if necessary (because of the short travel distance) and the staff would LOVE to have this mural on the wall before August 18, when they celebrate the 25th anniversary of the school.

So what I am waiting for? Donations!!! I’ll paint for free, I just need money for materials and a small fee for my assistant. The surface is pretty rough and the plaster will suck up paint, even if I prime it 2 or 3 times, so I estimate I’ll need about 10 gallons of paint and 2 gallons of primer for the total surface of 44m². So that comes down to Q3000 or $400, less than $10 per square meter!
Want to help transform this kindergarten? You can donate the entire amount (for which I’d be eternally grateful!) or you can donate a smaller amount. Any help is welcome!!!

You can donate through PayPal, using my email address (carinsteen at yahoo.com, in Euros or any other currency), a deposit in my Dutch bank account (email me for info) or in person if living in Antigua. Let’s bring the ocean to San Bartolo!!! 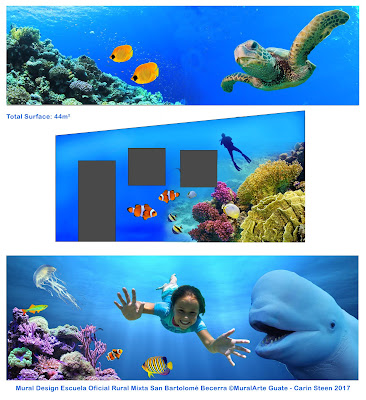