Of Ninja Turtles, a Balloon Animal Making Police Squad and an Erupting Volcano 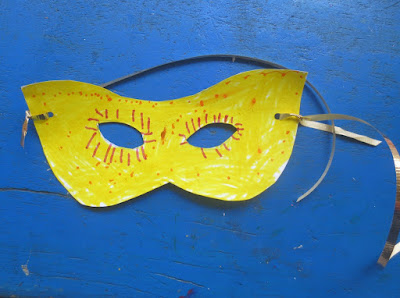 By now the road to Escuintla is familiar and we no longer let Google Maps lure us into the maze that is the centre of Amatitlán. But it still took us more than twice as long as it would have before the eruption of the Fuego Volcano destroyed Route 14 on the 3rd of June. Not that no work is being done! COVIAL (Road Maintenance) is working hard to clear, repair and amplify the road! 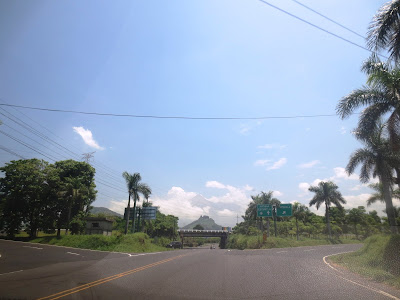 In the meantime volunteers and survivors from the nearby communities of San Miguel los Lotes and El Rodeo keep searching for the remains of their loved ones, without any help (or permission) from the government. The public machinery that would be so helpful is being used to clear a road that according to experts will mostly likely be destroyed anyway by the millions of tons of volcanic debris that still needs to find its way down. Last week the heavy equipment illegally made way in between the houses in San Miguel Los Lotes in order to amplify the road. Human remains that were found were put in plastic bags and dumped on the side. This is only days after Sergio Cabañas, head of CONRED (Coordinadora Nacional para la Reducción de Disastres) talked down the find of likely 68 people as: “They’re not bodies, just pieces of people.”

Hundreds, if not thousands of people still lie buried on the flanks of the volcano and nothing is being done (except for efforts made by survivors from those communities and initiatives by volunteer groups such as Antigua al Rescate.)
If an archaeological excavation before the construction of a new building would reveal ancient human bones, they’d be treated with all the possible professional care and respect.
And here we’re talking about people who died LESS THAN TWO MONTHS AGO!!! It is as if the government can’t forget them soon enough. 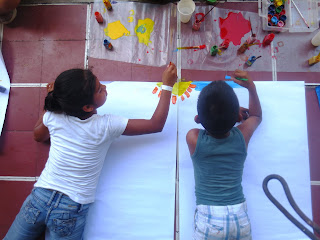 But back to Escuintla.
When Jessica Hoult and I arrived at the school, the kids were already being entertained. Four blond missionary children were performing a dance for them and afterwards there was for each a colouring sheet of Faith being the light that helps you to believe. 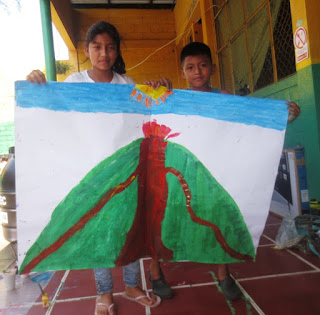 We set up our supplies and when the missionaries were winding up their activity, the kids started coming to our table. We had brought big sheets for free painting as well as materials to make masks. Just like last week, the kids went wild and created one piece of art after the other. Kitten and Ninja Turtle masks appeared as out of nowhere. Paintings were created collectively or individually. Or, as in the case of one boy and a girl, together without even realizing it. When they saw that their skies matched, they decided to continue working together on an erupting volcano. What a creative bunch!

We had a bit of a WTF moment when a group of about 20 police men and women walked into the shelter. Turns out they came to entertain the kids with balloon animals and a clown.
Although the kids were very concentrated painting, we cut the activity a bit short because the police were waiting for them. So no story telling this time, for which my throat was grateful. 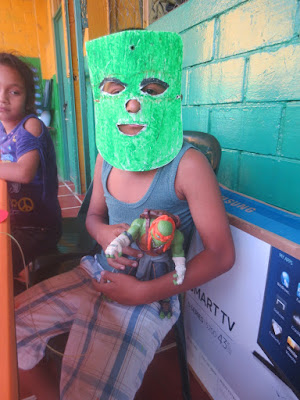 While Jessica and I cleaned up after our activity, the clown was doing a great job entertaining the kids, including his colleagues in the show. The kids were interacting with the police in a fun way. But not all activities seemed to have been well thought through. Jessica and I were in shock when three police guys picked up three young adolescent girls to give them piggy back rides over the patio. “They’re groping their butts!” cried Jessica, appalled, while I mostly couldn’t get over the fact that the police guys were ARMED! But everybody else was laughing and having a great time. 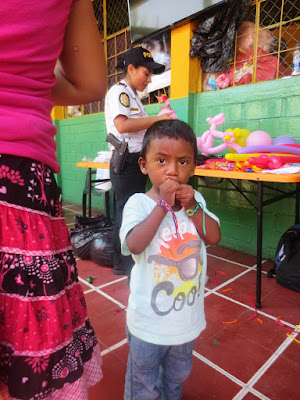 In Alotenango things seemed to be pretty much the same. Ringing bells summon people to a funeral mass. The stage in the central park is still being used for wakes for the ongoing stream of victims. This day it was Doña Vicenta López , a 65 year old resident from San Migiuel Los Lotes. A day later there would be a funeral for 7 members of the Pamal family. 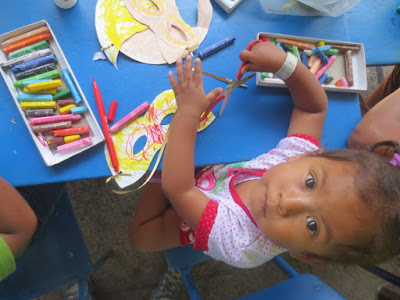 Accompanied by Henry Navarijo and Marlon of the Carpentry Project in Alotenango, we quickly set up shop at the shelter for a bit of mask making. Just like last week we had mostly younger kids who needed quite a bit of help so they kept us pretty busy. The same psychologists from last week were around with activities too, so we ended up with only about 15 kids. 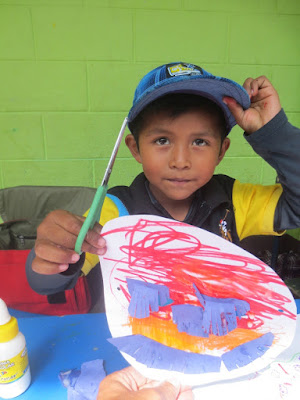 Now that the kids go to school and other groups are working with them too, I don’t think there’s much need for us to keep coming to the shelter for some art and fun, but we have decided to continue anyway. Because, well, why not? The kids are having fun, so do we and it can’t hurt to keep this thing warm until the people are settled in transition shelters where we could plan a bit more elaborate art projects or art therapy sessions. For now we’ll just keep going!

Thank you Wendy, Ineke, Will, Jenneca, Colour4Kids, Debbie, Judy and Maureen for your support. And of course Abi, Jessica, Henry, Otoniel and Marlon for coming along. 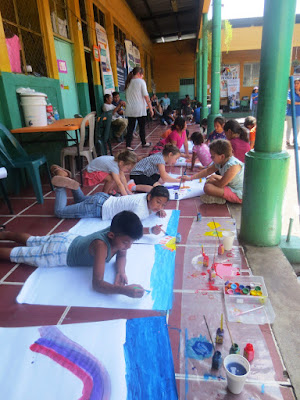 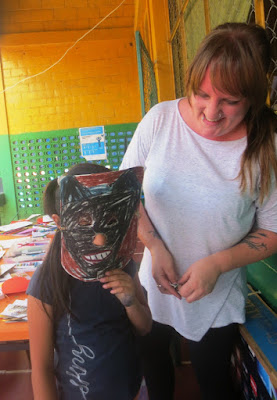