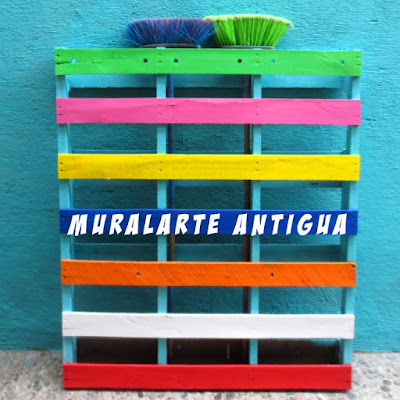 In April of 2015 Carin Steen founded the Mural Arte Antigua Project in order to bring sponsors and public walls in need of a lick of paint together. More than a dozen murals later, the latter part of the name doesn’t seem too appropriate anymore, since most murals were painted in rural communities, some very far away from Antigua Guatemala. Hence the name change in January of 2016, into MuralArte Guate.  Not that the project’s murals are restricted to Guatemala only (because three murals were painted in Honduras in 2015), but it just sounds better than MuralArte Central America. Hopefully there’ll soon be a need to change the name into MuralArte Global!
Posted by Carin Steen